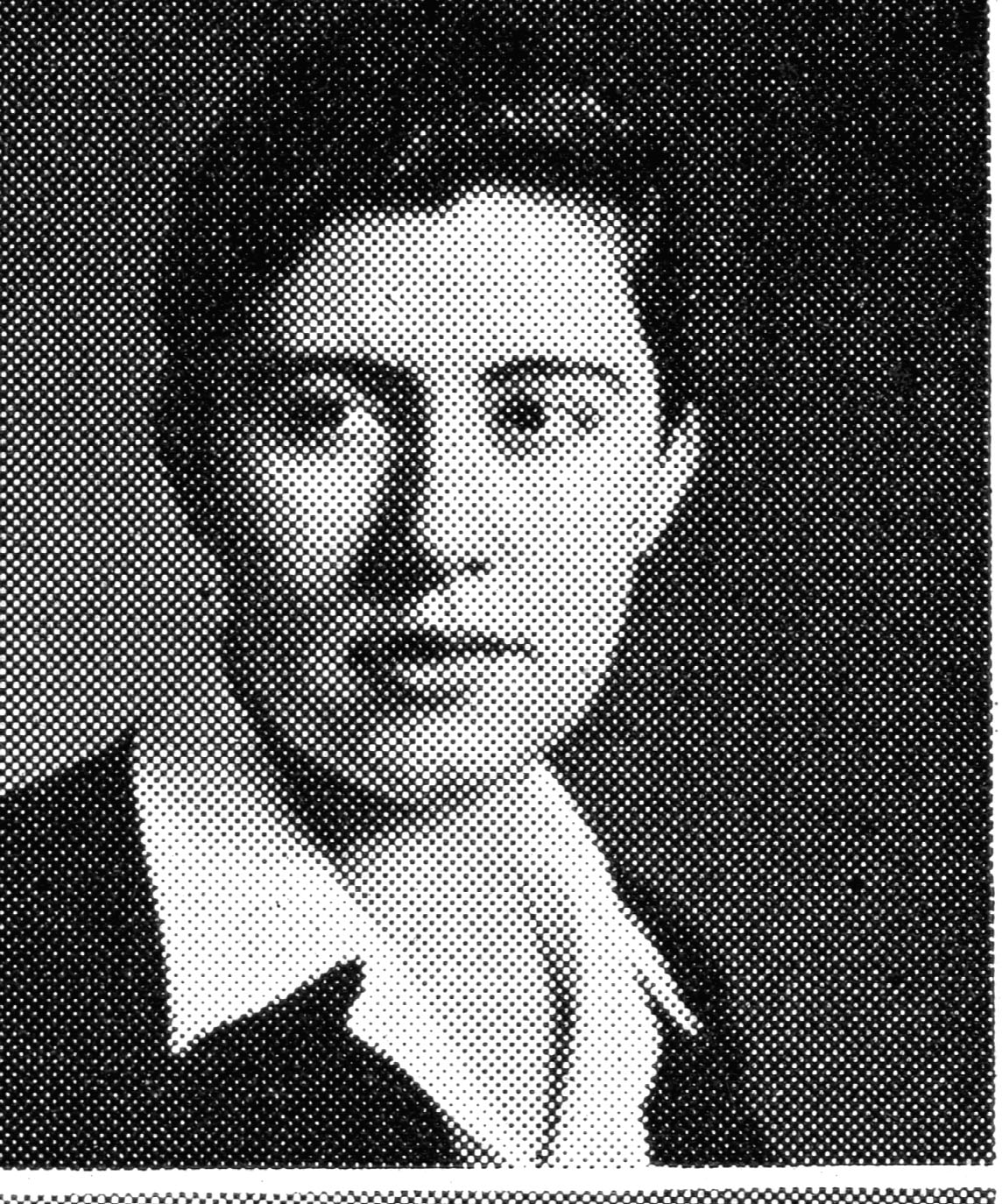 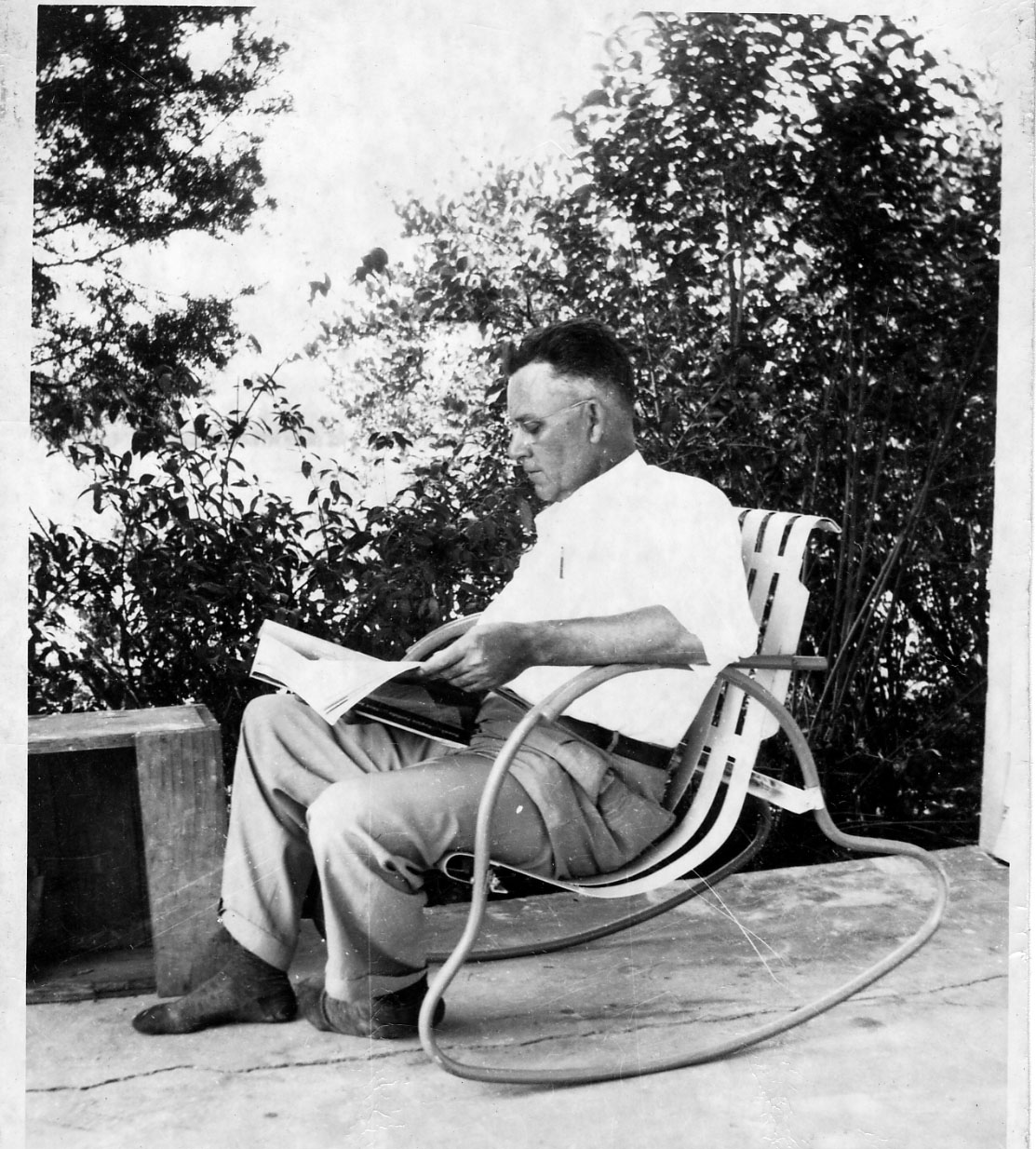 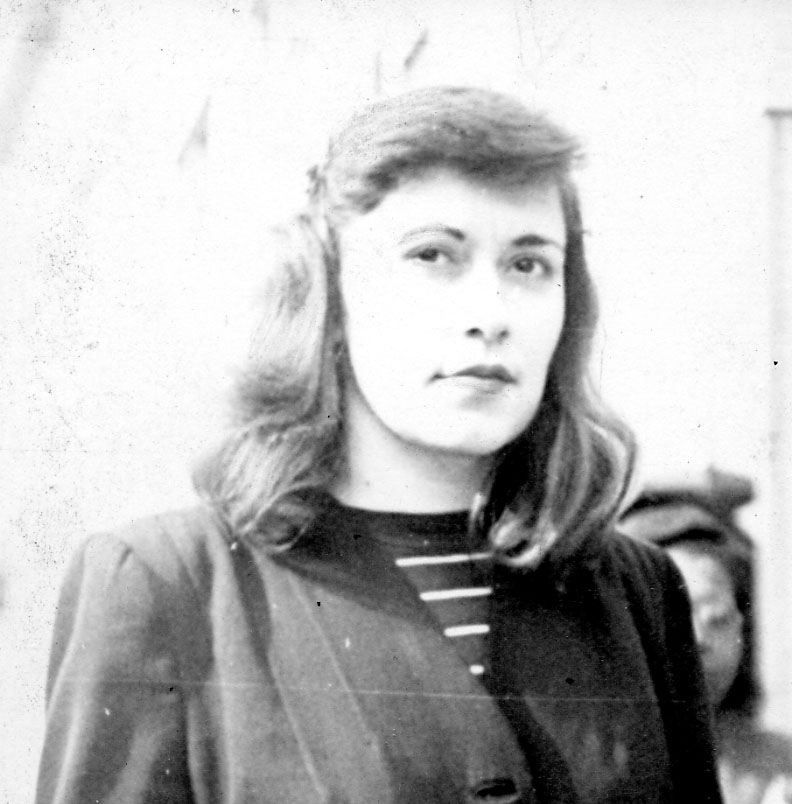 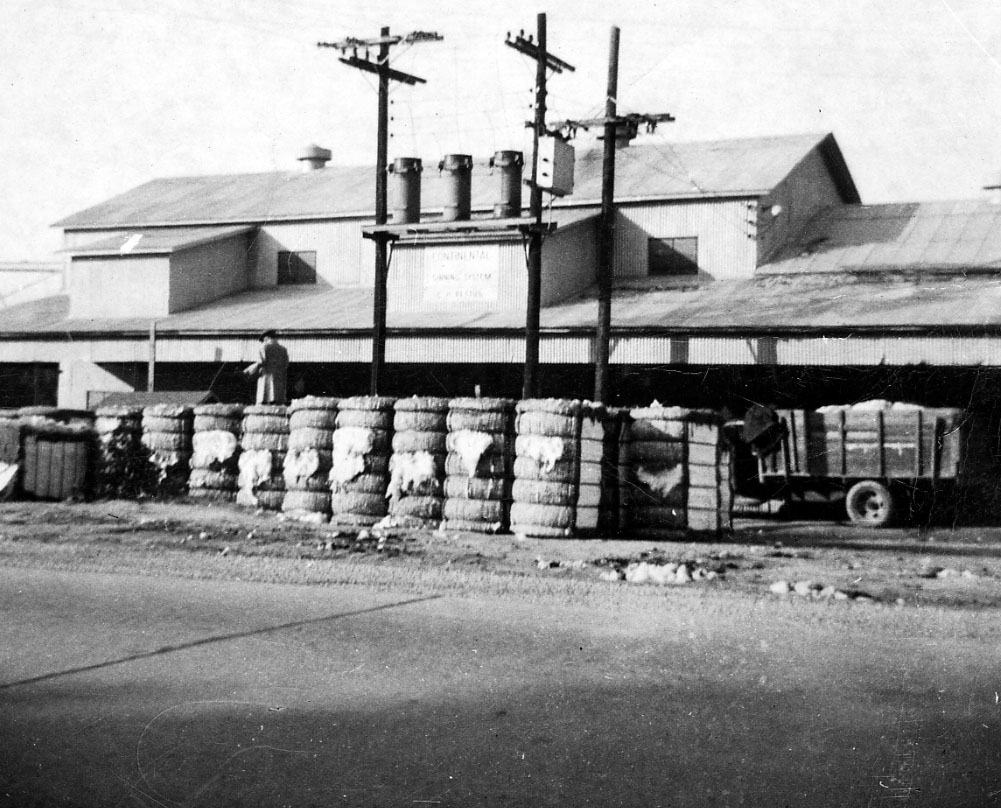 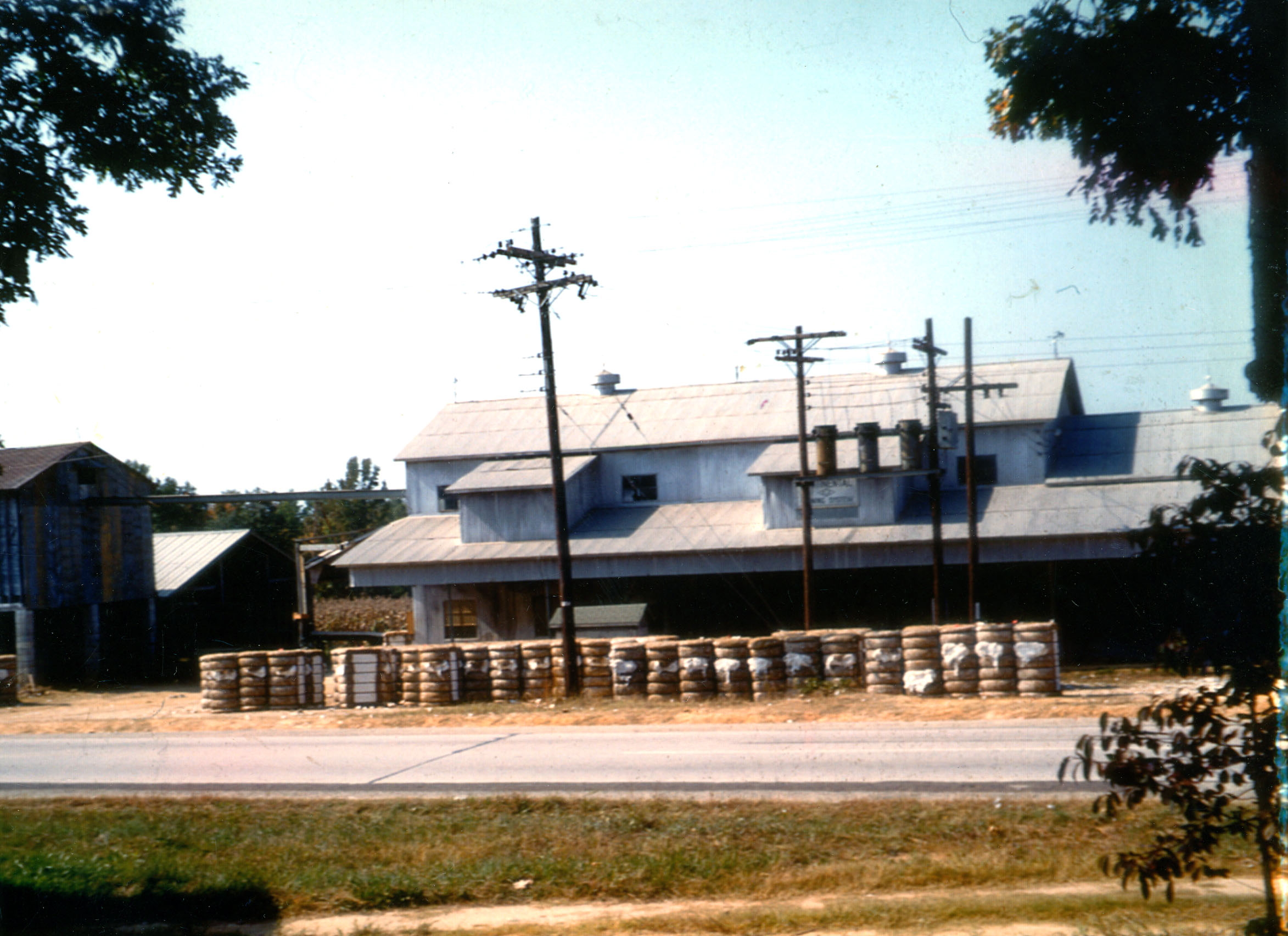 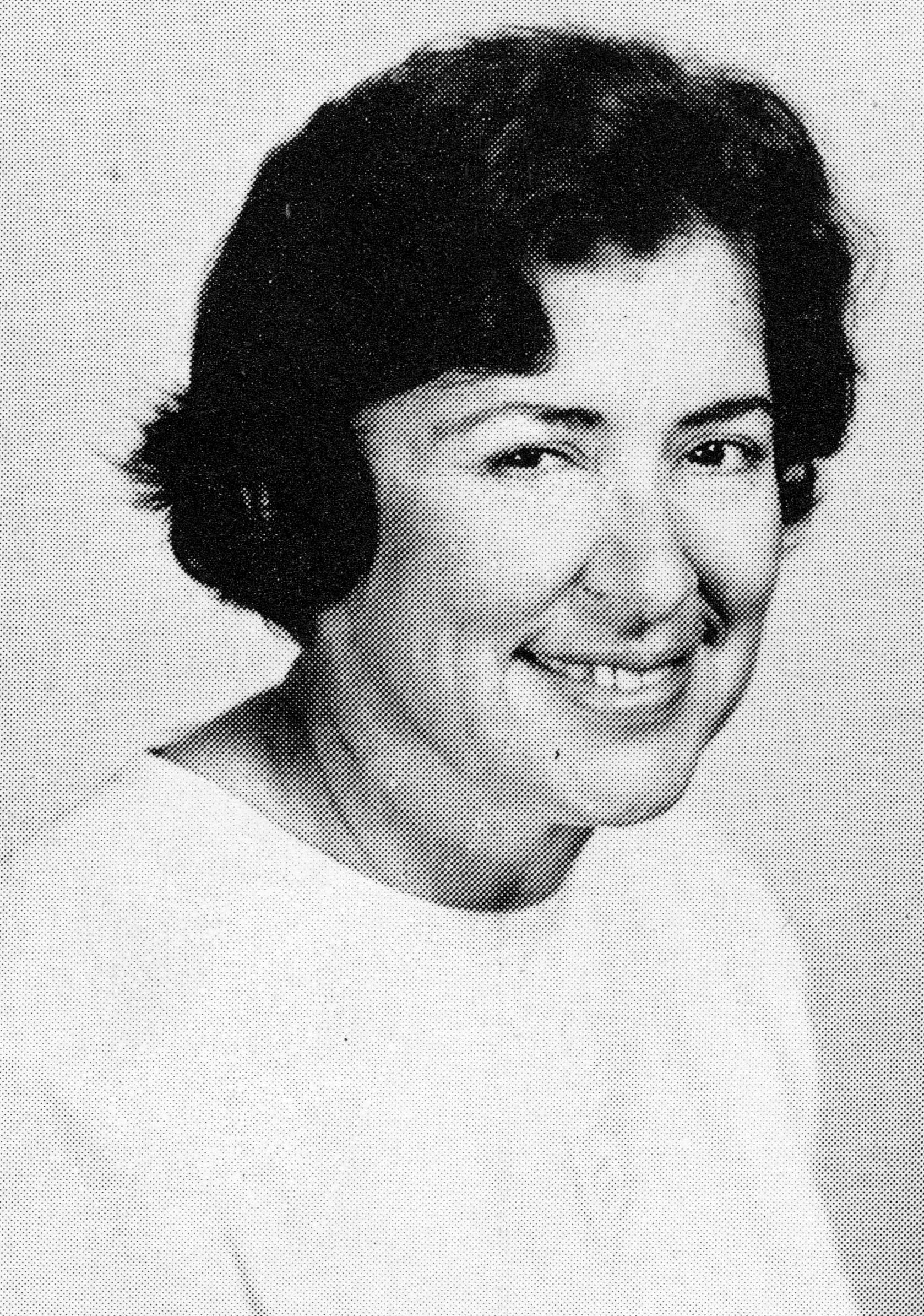 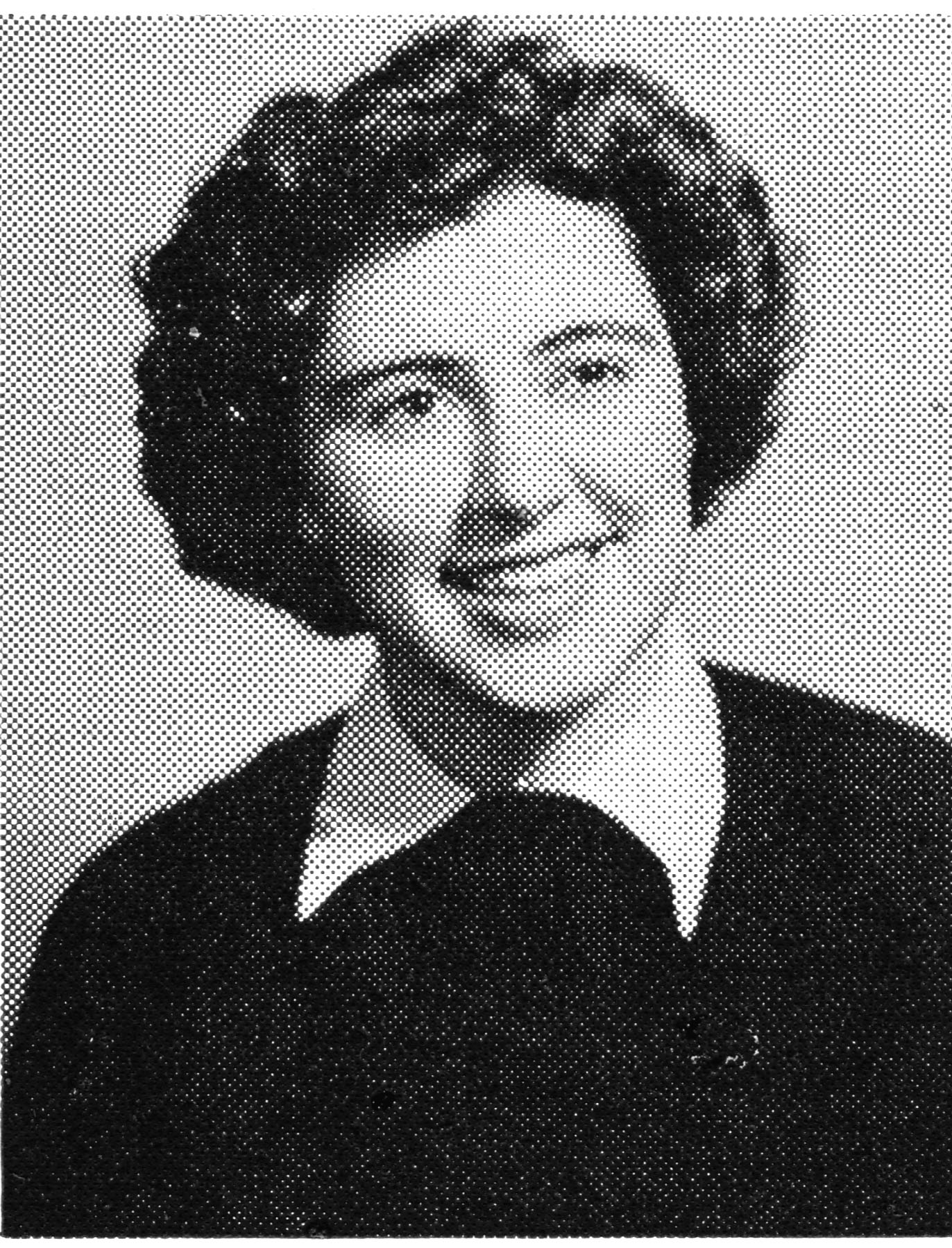 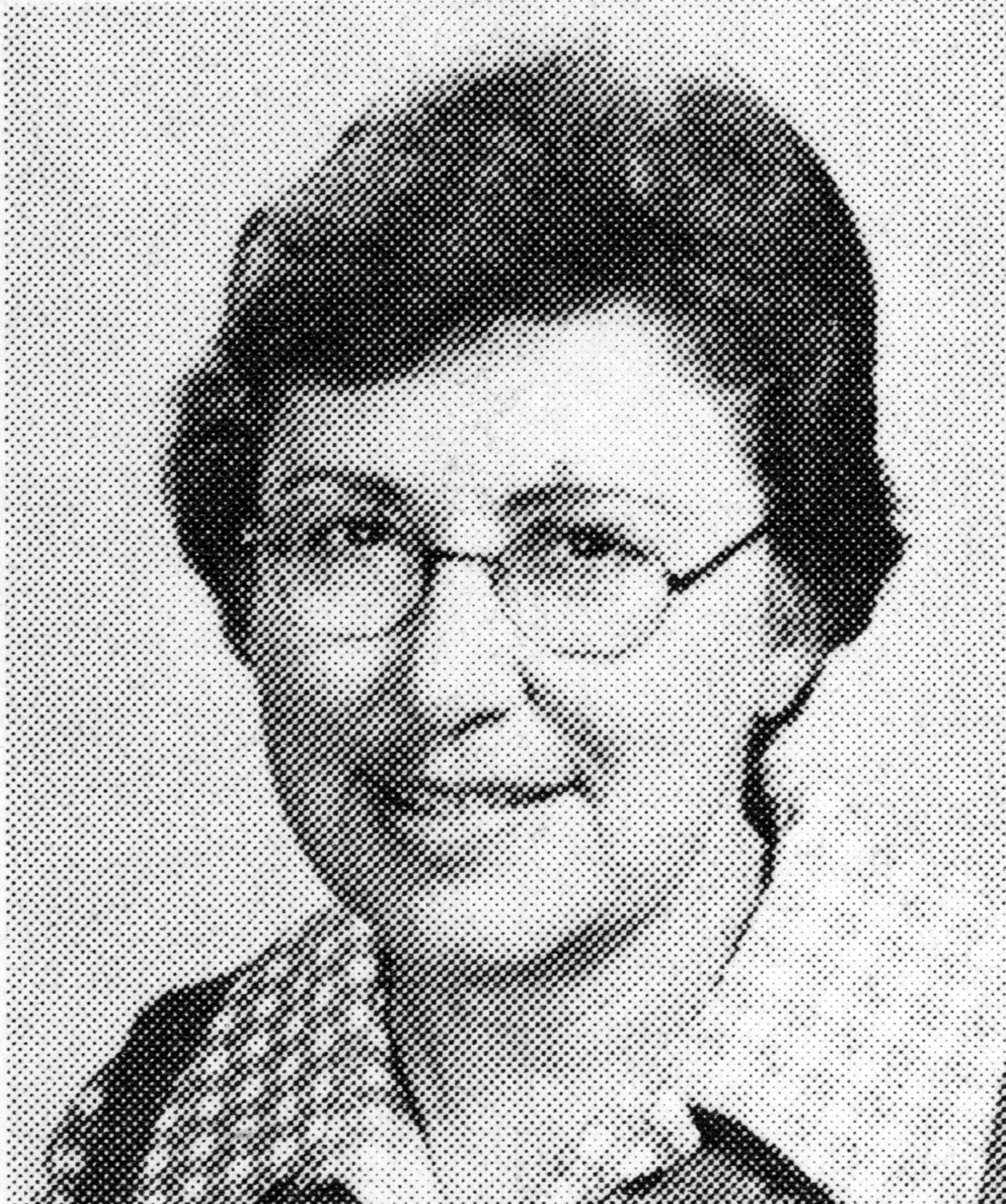 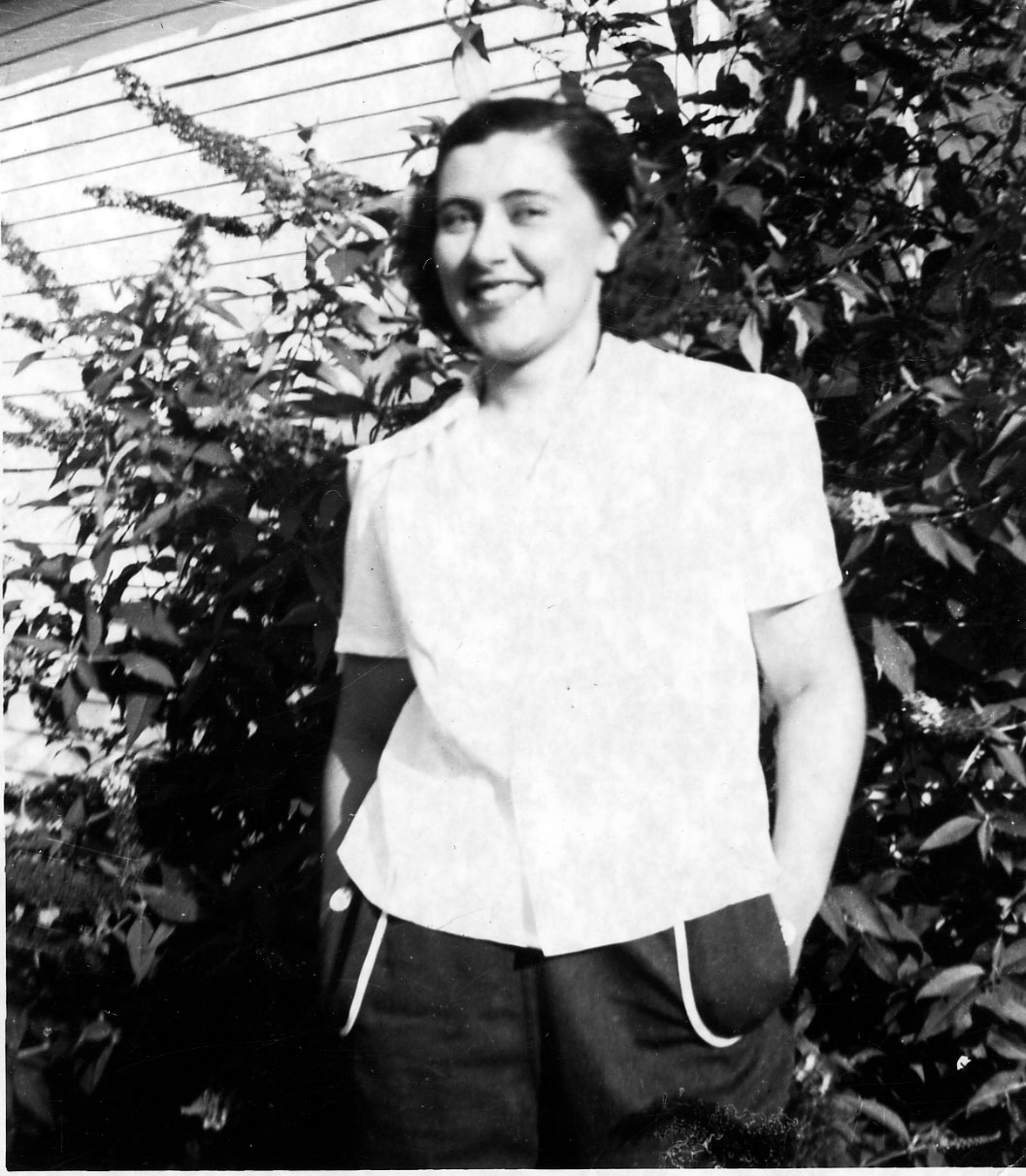 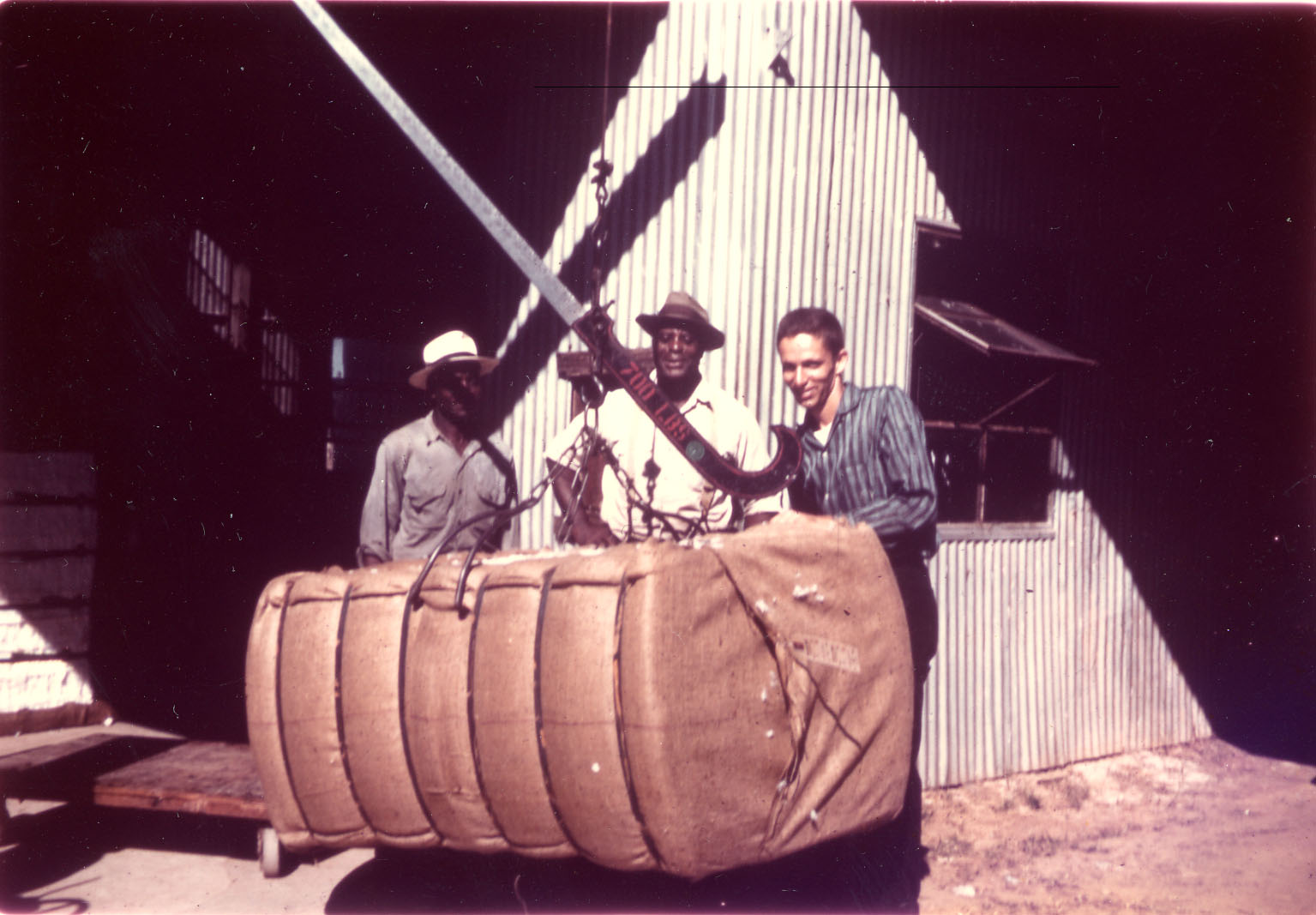 Hall Pettus with a Couple Employees - 1953 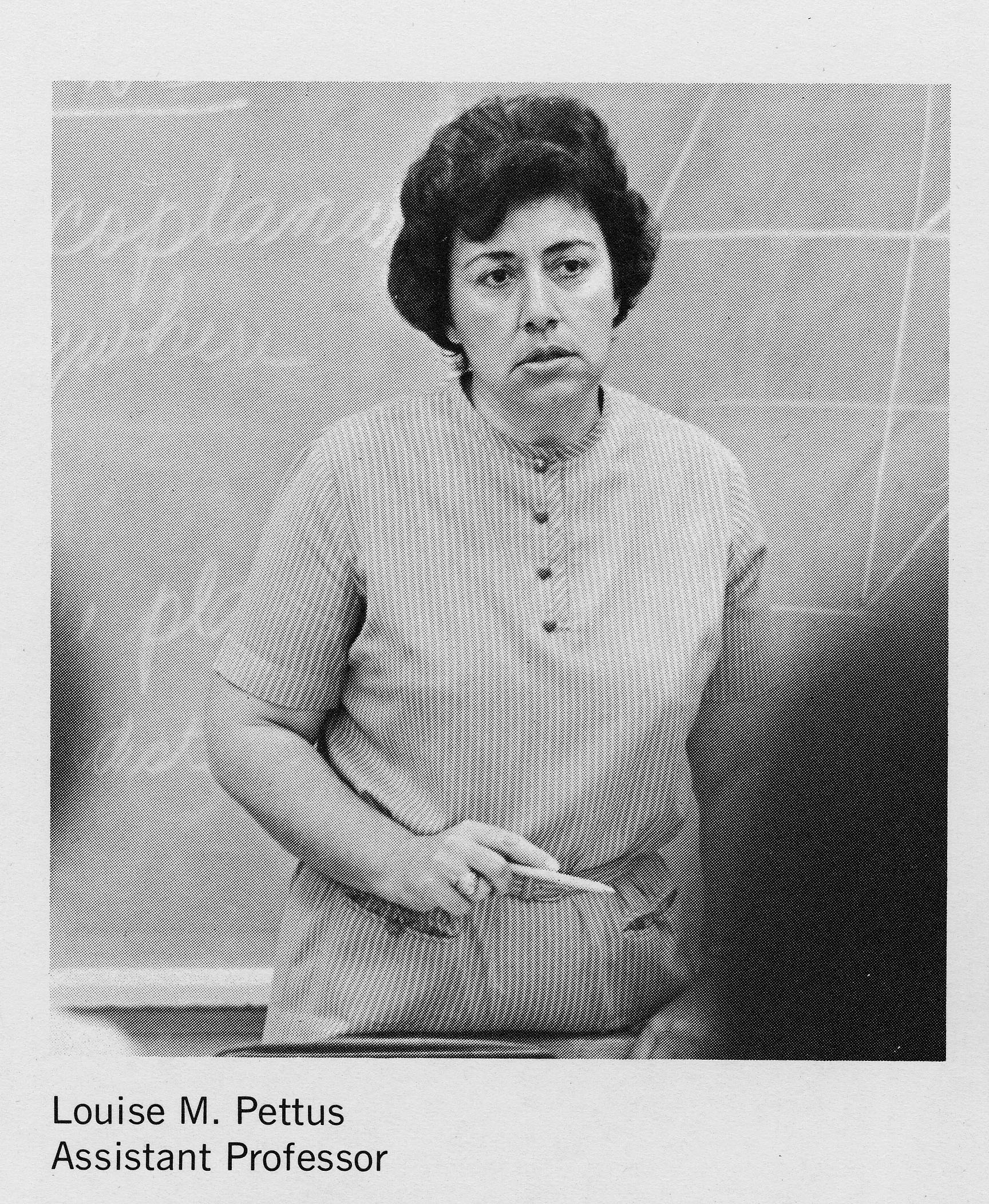 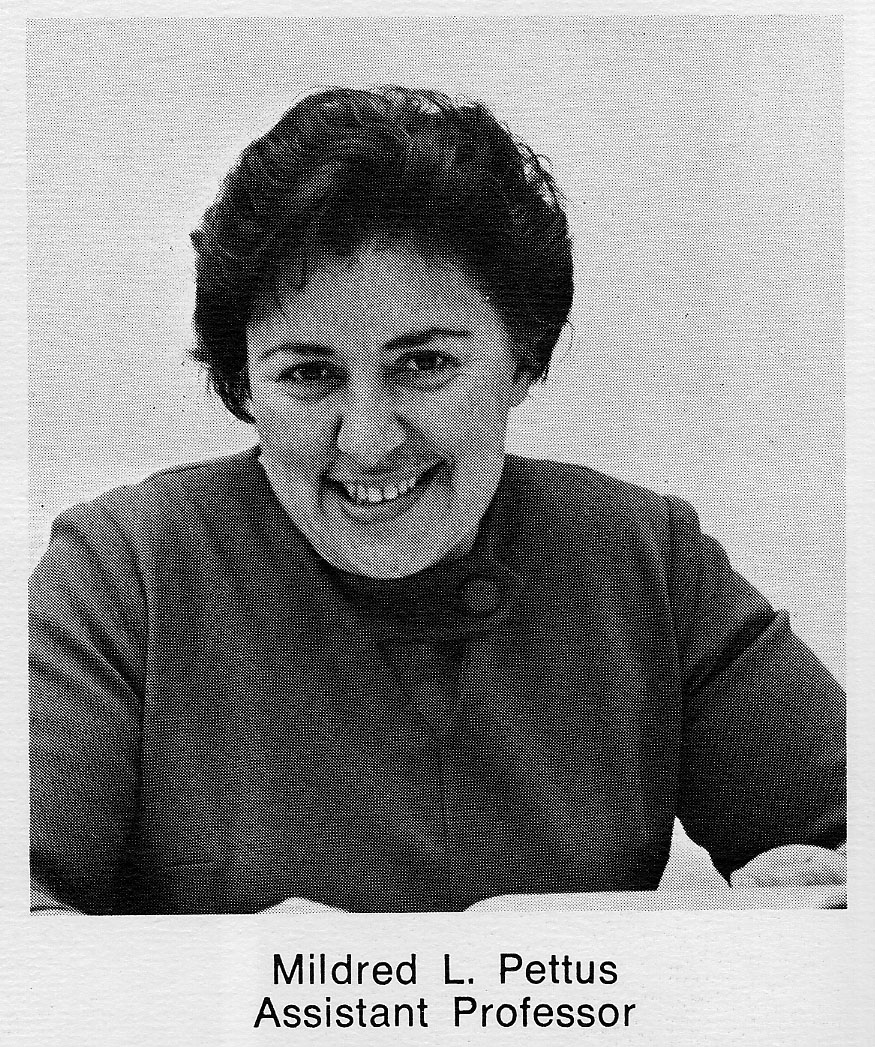 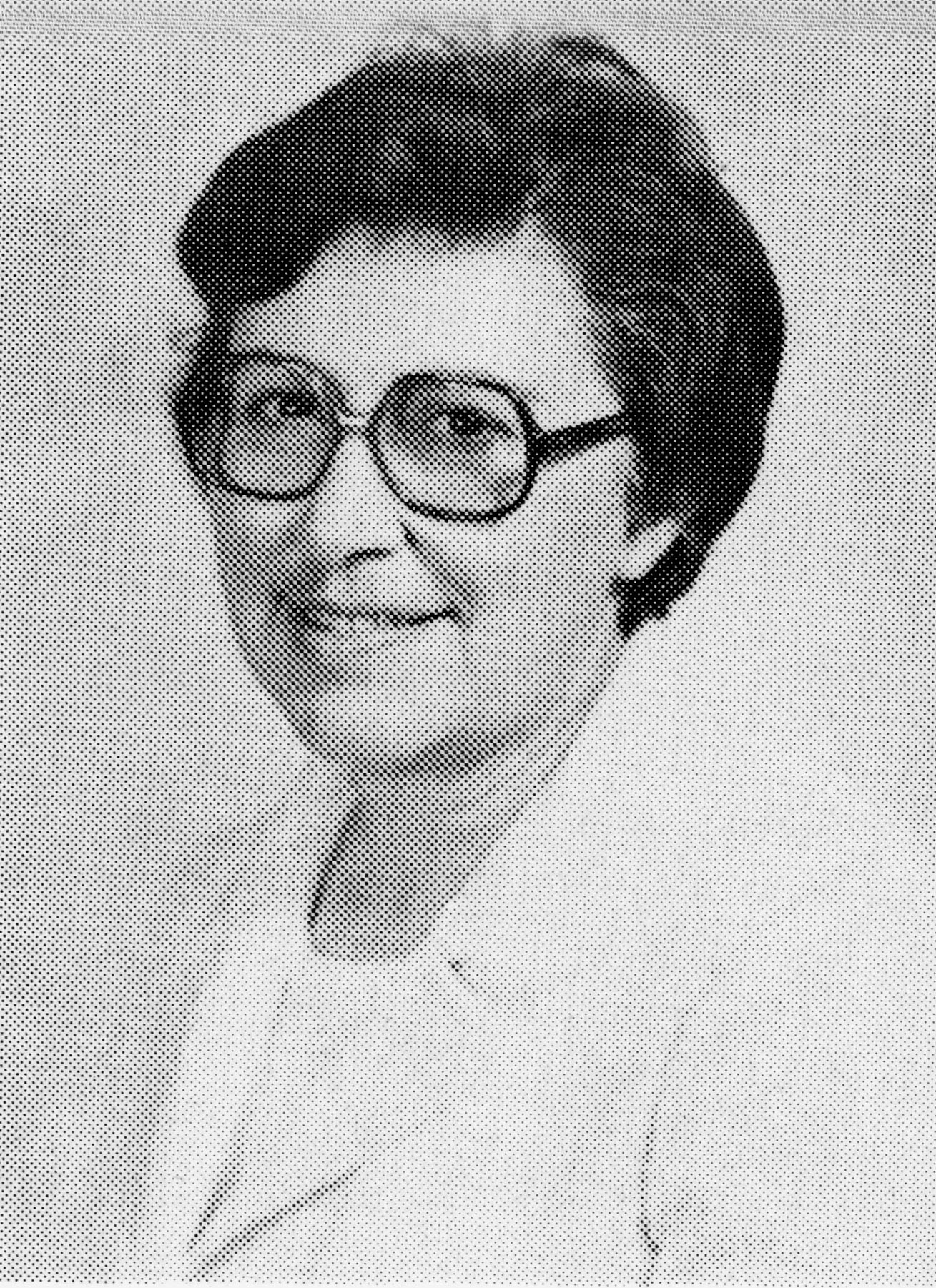 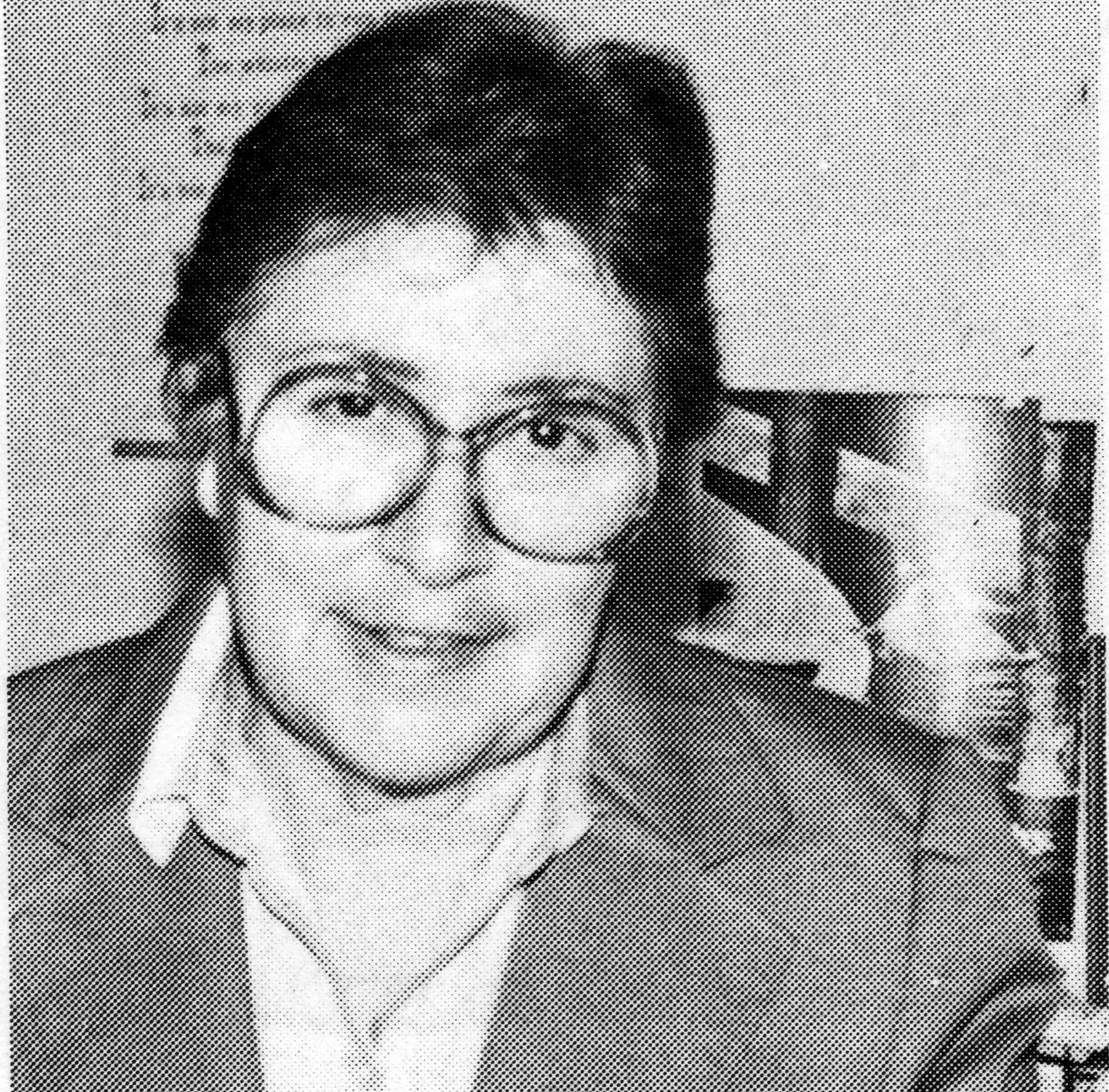 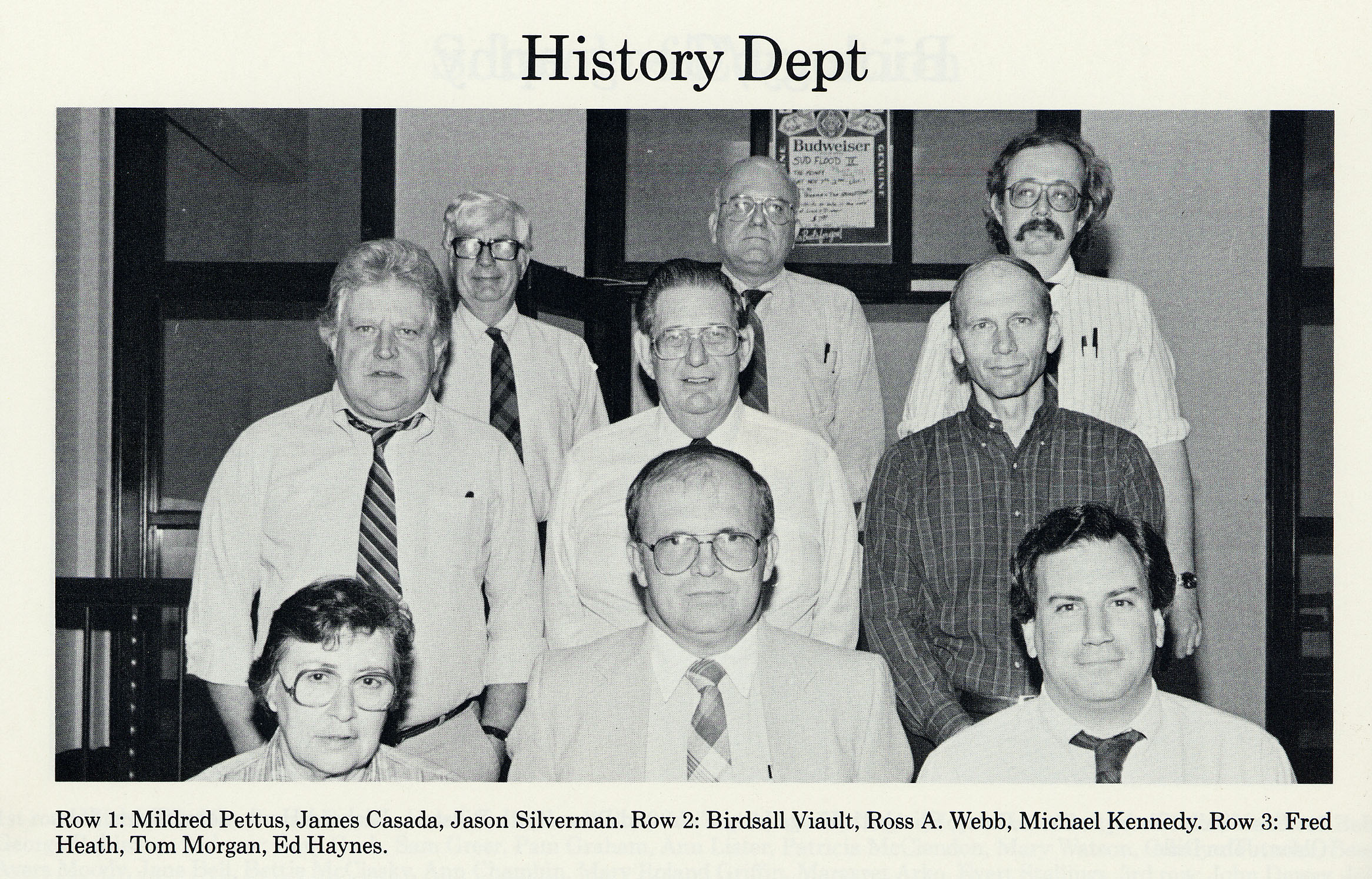 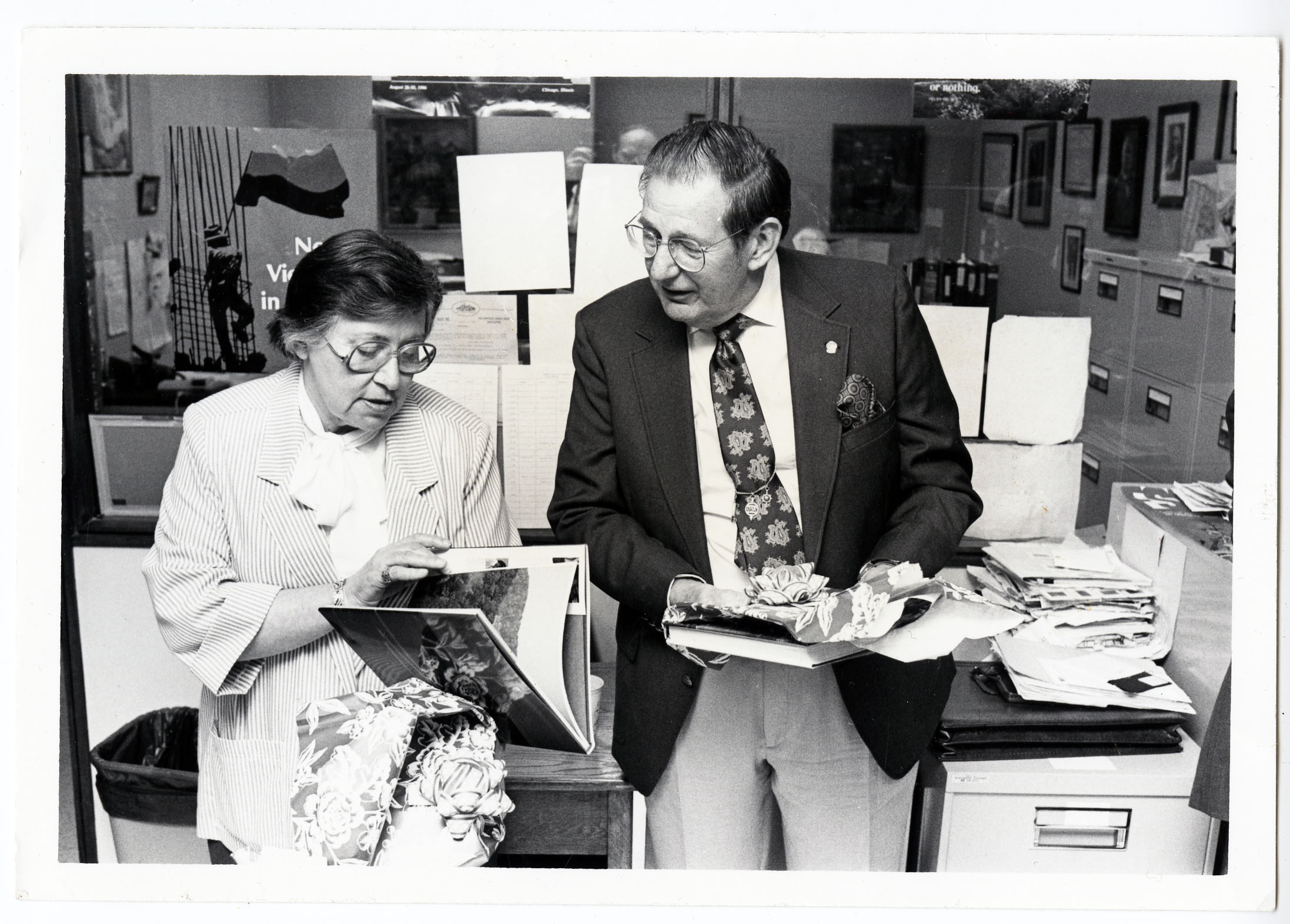 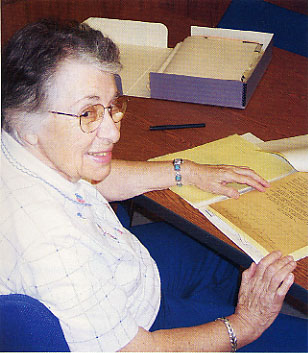 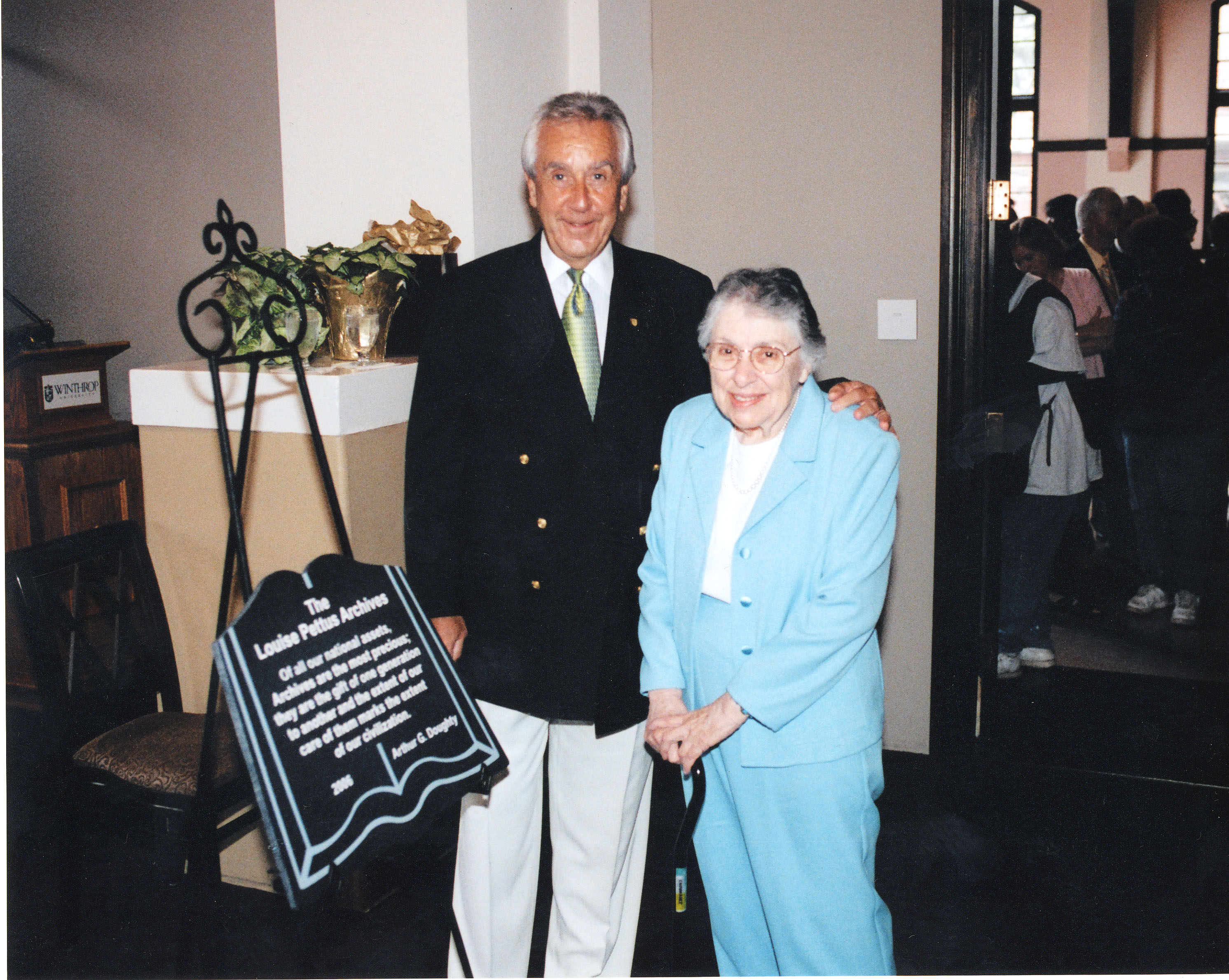 Mildred Louise Pettus was born on February 1, 1926 in Indian Land, Lancaster County, S.C. Her father was Calvin Hall Pettus, Sr. and her mother was Bessie Kathryn Rodgers Pettus (Pennachio, 50). From a very young age, Louise developed a passion for learning. It is said that she would often fidget during class knowing she would be sent to the cloakroom. The encyclopedias were kept in the cloakroom and she relished the opportunity to read them and take in as much knowledge as possible (Pennachio, 50). Despite her early efforts to miss class and take in some extracurricular reading, she certainly recognized the importance of school as she successfully completed her coursework and graduated from Indian Land High School at the age of 16 in 1942. Her fifth grade report card from 1935 indicates that she mostly received A’s and B’s in her schoolwork. After graduating from high school at the age of sixteen, Louise attended Winthrop College where she graduated with a BA in history at the age of 20 (Pennachio, 50). While a student at Winthrop, she was a member of the Strawberry Loaf, a debating society, and served as vice president of the Young Democrats Organization (Orlando Junior College, 1).

After graduating from Winthrop College, Louise took a position teaching high school history in Kershaw (Pennachio, 51). She taught at Kershaw High School from 1947-1948. After teaching one year in Kershaw, Louise returned home to work in her family’s store for the summer. By fall, she had secured a job in New York City keeping track of manuscripts for the publisher of True Romance (Pennachio, 51). True Romance was an American magazine centered on romance stories (The Online Books Page, 1). Her specific title was “Editorial Assistant” for Dell Publishing Company in New York City. Sadly, during her first summer working for Dell Publishing Company, her father passed away at the age of 48 (Pennachio, 51). Her father’s passing left the family’s business, The Pettus Cotton Gin Company, at risk of failing. With her mother busy raising three younger siblings and with her family facing an $82,000 debt, Louise took over the family business and successfully ran it. During its peak years, The Pettus Cotton Gin Company was processing more than 3,000 bales of cotton. Louise would oversee the family business from 1949-1954 and from 1958-1959 serving as a store manager, cotton gin manager, and cotton buyer. She later stated that her success running the family business gave her the confidence to try anything (Gorman, 34).

During the time she was running the family business, Louise was enrolled at the University of South Carolina where she received her MA in History in 1954. Upon obtaining her MA in History from USC, Louise went on to teach at a variety of schools and colleges. She taught at Douglas High School on the Arizona and Mexico border for six years, one semester in Coolidge, Arizona, and one year in Ajo, Arizona. In the 1960s, she would go on to teach for two years at Orlando Junior College in Florida (Pennachio, 51). The historical record suggests that Louise was a beloved and successful instructor wherever she went. For example, in an excerpt from the 1958 Douglas Senior High School yearbook, it states of Louise that “her advice, tireless efforts, and hard work with us has won her the respect and admiration of all the seniors. Miss Pettus has been largely responsible for the success of the Class of 1958” (Douglas Senior High School).

In 1967, Louise began teaching at Winthrop University where she would serve as an assistant professor of education until 1986. She would then serve as an assistant professor of history until her retirement in 1989. During her time at Winthrop, Louise worked tirelessly. When she was not teaching, she was busy working on other projects. For example, from 1980-1989 she served as a newspaper columnist where she co-authored a weekly release by Winthrop College concerning topics in history. The release was provided to approximately 120 newspapers in South Carolina. She also authored a weekly newspaper column called “Nearby History” for the York Observer beginning in 1986. Other achievements while at Winthrop include receiving a grant from Winthrop for an oral history project that enabled students to interview retired teachers, presenting on Elliott White Springs at USC’s South Caroliniana Annual Banquet Meeting in 1988, and serving as a “Summer Professor” in 1975 for the U.S. Job Corps Center in Marion Virginia. Perhaps most notably, she completed her book, The Springs Story – Our First Hundred Years, in 1987 which chronicles the history of the first hundred years of Springs Cotton Mills. This book is a staple in the study of southern textile history.

Even after her retirement, Louise continued to pursue her love for education and history. She authored seven books that were published after leaving Winthrop on topics such as The White Homestead, The Waxhaws, and The Catawba Indians. She continued to write on history topics for local newspapers as well. For example, she continued to write the “Nearby History” column for the York Observer through 2006, created monthly articles for the magazine Living @ Sun City-Carolina Lakes from 2007-2014, and served as an editor for the York County Genealogical Society’s publication The Quarterly through 2005. Louise’s articles touched the lives of many over the years. She has stated that readers would often “call me or stop me on the street to tell me how a certain column has touched their lives (Bookworm Newsletter, 6).” For her work and contributions to local history, Louise received numerous awards. For example, she has received the “Keeper of Culture Award” from the York County Cultural Heritage Commission, the Historic Rock Hill Preservation Award from the City of Rock Hill, and the Winthrop Alumna Lifetime Achievement Award from Winthrop University.

In 2006, Winthrop University named its history archives “The Louise Pettus Archives and Special Collections.” This move came in response to her donation of $400,000 dollar to the Ida Jane Dacus Library in 2006 (F.Y.I., 1). The money was donated specifically to support archives and special collections. Louise’s contribution has provided support for graduate student stipends, equipment and technology, preservation, and collection development. In response to the archives being named after Louise, former president Anthony DiGiorgio celebrated the move. He praised Louise as “an exceptional friend to Winthrop – an alumna and a chronicler of this institution’s and this region’s rich history (F.Y.I., 1).” In addition to the Archives being named for Louise, a plaque was placed at the entrance of the Archives to honor her as well. Louise passed away on August 15, 2021 at the age of 95. Her legacy of research and education lives on through the Louise Pettus Archives and Special Collections.